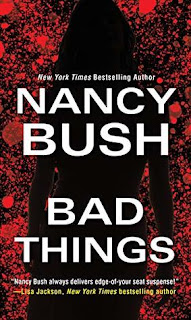 Goodreads synopsis:
Some mistakes you have to live with . . .
One victim succumbs to an overdose. Another is brutally bludgeoned to death. Each, in turn, will pay. Because you never forget the friends you make in high school--or the enemies . . .

And others . . .
In the wake of her stepbrother Nick's death, Kerry Monaghan is visiting Edwards Bay. Kerry has just returned to the small town overlooking an arm of Puget Sound that she left before high school, though not before falling hard and fast for Cole Sheffield, now with the local PD. But Nick's death may be more than an accident. And soon there are others--all former teenage friends, linked by a dark obsession.

You will die for . . .
With Cole's help, Kerry sets out to learn the truth about what happened to Nick. But within Edwards Bay is a shocking legacy built on envy and lust--and a secret that has unleashed a killer's unstoppable fury . . .

Wow! This was amazing. What a thrill-ride! I couldn’t put this book down!

It seems almost too simple when they come upon the dead body of Nick. The first assumption is suicide. But it all just seems so wrong. He was so perfect. He had nothing to die for. But when he came back to Edwards Bay he did have something troubling on his mind. Then after Nick’s funeral and much speculation about what might have happened another person in their close knit group labeled the A Team dies. And then another. Why are they being targeted and what does a decades old Top Conquest List have to do with it all?

I truly enjoyed this book. It made me remember when I used to read a lot more of Nancy Bush’s previous work and she has only gotten better with age. This was complex, thrilling and suspenseful. I had no idea who could have done it or what was even going on. So many secrets are buried in this book. I marvel at how an author can tie all the mysterious threads together so perfectly.

I received this as an ARC (Advanced Reader Copy) in return for an honest review. I thank NetGalley, the publisher and the author for allowing me to read this title.
Posted by Toni at 1:54 PM