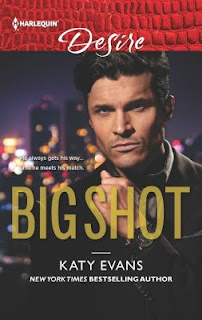 Goodreads synopsis:
He always gets his way...until he meets his match.

"I need you back. Now."
--William Walker

I can't believe I'm letting my ex-boss talk me into working for him again. He's arrogant. Domineering. He gets under my skin in ways I don't want to admit. When I quit, it felt great! But now, seeing the big, bad billionaire rendered helpless by a baby, I give in to his demand. And I'm worried it won't be the last time...
--India Crowley

I am always intrigued by the boss/assistant/secretary relationship. I am not sure why. Maybe because all my early roll models were either mothers or secretaries. This is a forbidden romance. Maybe not as forbidden as it used to be, though. I must be working for the wrong people because I have never come across anyone in a place of power that I found the least bit attractive. It is probably due to my morbidly straight moral compass that points straight north at all times.

This was good. I liked that they waited until she was already fired and rehired for a short time before they hooked up with each other. But I am not certain why he was such a monster to India all the rest of her days working for him. I think calling him a workaholic was just an excuse for bad behavior.

William having to take care of his niece, Rosie was a perfect way to get the two of them together, away from the office. These Desire titles are pretty short. Sometimes I think it would be nice if they expanded their page count in the Desire line. I felt like I missed out on a lot of the build up since the story was told in such a small time frame.

Katy Evans does a great job of getting us sucked in to the conflict and holding on tight as we know we are invested from the very beginning. This was a roller coaster ride that I didn’t want to get off of. If you like your romances with a bit more bite, definitely check this one out! You won’t be disappointed.
Posted by Toni at 7:37 AM