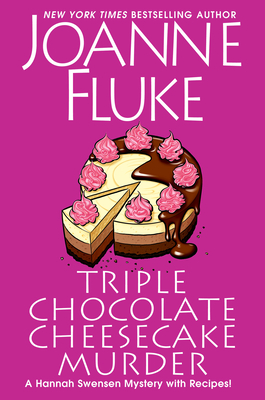 Spring has sprung in Lake Eden, Minnesota, but Hannah Swensen doesn’t have time to stop and smell the roses—not with hot cross buns to make, treats to bake, and a sister to exonerate!

Hannah’s up to her ears with Easter orders rushing in at The Cookie Jar, plus a festive meal to prepare for a dinner party at her mother’s penthouse. But everything comes crashing to a halt when Hannah receives a panicked call from her sister Andrea—Mayor Richard Bascomb has been murdered . . . and Andrea is the prime suspect.

Even with his reputation for being a bully, Mayor Bascomb—or “Ricky Ticky,” as Hannah’s mother likes to call him—had been unusually testy in the days leading up to his death, leaving Hannah to wonder if he knew he was in danger. Meanwhile, folks with a motive for mayoral murder are popping up in Lake Eden. Was it a beleaguered colleague? A political rival? A jealous wife? Or a scorned mistress?

As orders pile up at The Cookie Jar—and children line up for Easter egg hunts—Hannah must spring into investigation mode and identify the real killer . . . before another murder happens!