A Plot for Murder (A Father Frank Mystery #3) by James R. Callan 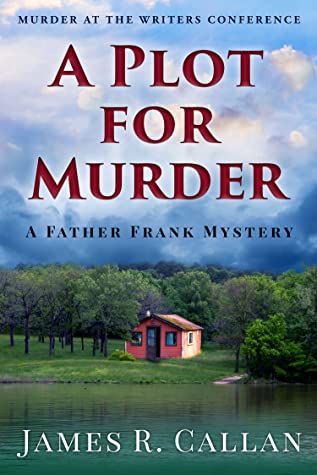 A Plot for Murder

Rod Granet, award-winning novelist and womanizer, is the main speaker at a writers conference. But after the opening session and in front of a crowd, Maggie DeLuca, Father Frank's sister, accuses Granet of stealing her story and says he will pay for it.

That night, Granet is killed.

The sheriff quickly zeros in on Maggie and she is hauled off in handcuffs. The sheriff is convinced he has the murderer and threatens Father Frank not to get involved in this case.

But the sheriff is not the only one threatening Father Frank.

Can Father Frank stay out of jail and alive, and find the real killer?

This is the third book in the Father Frank mystery series by James R. Callan.

I thought this was a pretty compelling mystery. It kept my attention throughout and was a real page turner of a novel. I enjoyed the main character of Father Frank and how he tackled the mystery surrounding all the events involving his sister and the dead guy at the writer’s conference.

I thought the Texas Ranger character was pretty funny since he was making Father Frank do all his investigating for him. That seemed odd since they kept mentioning how good the Rangers were at finding the bad guys.

I definitely want to check out other books in this series and plan to do that very soon. I enjoyed it so much. It was like a cross between a detective novel and a cozy.