Finding the Way Back (Stealth Ops #5) by Brittney Sahin 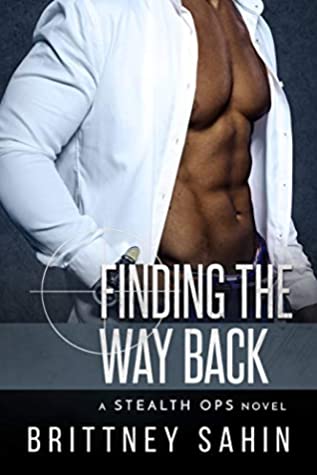 Finding the Way Back

Years ago, he chose duty over love. He's not sure if he can do it again.

Charlie "Knox" Bennett traded medical school for the Navy and never looked back. After almost eight years of working top-secret missions for the commander in chief, Knox's greatest regret is lying to his best friend. But when his father decides to make a run for the White House, and with the fate of his team resting in the hands of the future president . . . the truth threatens to come out.

Following in her mother's footsteps to serve and protect, Adriana Foster joined the Secret Service, never expecting one day she'd be assigned as detail to her best friend's father. After twenty years of keeping her true feelings hidden from Knox, will working together finally be what pushes them out of the friend-zone?

As Adriana and Knox track down the shooter who attempted to assassinate his father, they soon realize they're not the only ones who have been harboring secrets. With both his family and a teammate in grave danger--can Knox make the tough choice of putting everything on the line, even if that includes Adriana?

In what could be Knox's final mission, he may win the battle, but he could lose his heart.

This is the fifth book in the Stealth Ops series by Brittney Sahin.

This book features Knox and Adriana. Knox is on Bravo Team and Adriana eventually ends up in the Secret Service. Her mom was a police officer and that inspires her secret service bid. We get a bit of a backstory in the beginning showing the past between Adriana and Knox. Her mother dies the night she gets Knox (real name is Charlie) to notice her. And they had become best friends almost from that day forward.

Knox’s Dad is running for President and the current President tells the team if the other candidate wins, their team will probably have to be disbanded. And he is not even sure Knox’s dad would be on board for such an endeavor.

This book is chock full of things going on. It is just one thing after another. You cannot get bored reading this. This author is just amazing at world building and her characters are so defined you’d think they were real people. This series does a fun little thing where they describe the character’s looks and relate them to popular movie superheroes. For example, Adriana is mentioned more than once as a look alike to Wonder Woman.

This is a great series. I already have the rest of the books in my Kindle library ready to go!

Loved so much about it. If you like romantic suspense mysteries, definitely check this one out. You won’t be disappointed.