Highland Dragon (The Treasure of Paragon #6) by Genevieve Jack 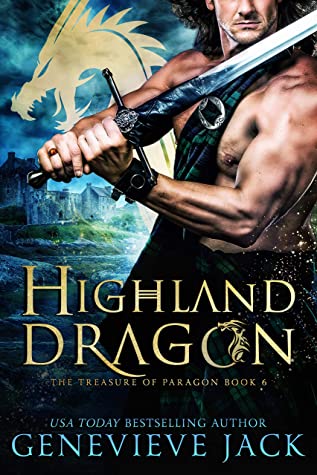 (The Treasure of Paragon #6)

She longs for a better future.

Avery Tanglewood has had enough of rearranging her life for the sake of others. After years of taking a backseat to her family’s needs, she’s ready to strike out on her own. If only she knew what she wanted to do with the rest of her life.

He’s a prisoner of the past.

For hundreds of years, Xavier has used his dragon magic to protect his Highland clan inside a pocket of space called the builgean. Generations have enjoyed years of peace and prosperity cut off from the modern world, thanks to his unique abilities. But when a fairy trickster captures him and claims his throne, his refuge becomes his prison.

Can they free each other from the chains that bind?

Avery agrees to journey into the builgean to persuade Xavier to help with the crisis in Paragon, but she finds a mysterious stranger in his place—a problematic complication, considering she can’t leave the pocket without Xavier’s assistance. Although she finds a way to release the dragon from his imprisonment, he refuses to return to the outside world with her, insisting on winning back his land and his clan first. At first Avery protests, but the longer she spends in Xavier's magical world, the harder it is to remember the reasons she should return to her own.

This is the sixth book in the Treasures of Paragon series by Genevieve Jack.

This series has a sort of an old world meets new world dynamic but this book, Highland Dragon, brings the old world to the surface full force.

Nathanial and his brother Xavier built a bubble in time in order to protect his Highland clan. So when the Paragon siblings need Xavier’s help  to deal with the evil queen, they have to send in Avery , one of the Tanglewood witches without any power to go through the bubble since a pure human had to be the one to get past the seal Nathanial and Xavier set up.

This is like a coming of age story since Avery had to give up so much for Raven when she was sick in her youth that she had let opportunities pass her by.  Now here in this ancient world she is finding her power and discovers she is more powerful than she realizes.

I love how the characters from the previous books are all in the next book which gives this series a ton of richness as the ultimate story unfolds from book to book.

Overall it is one great read. This series is amazing. Check it out.