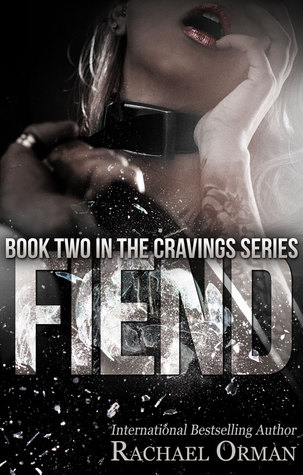 *Should not be read as a standalone*

Discovering who my dom was turned out to be life-changing. John wasn't just someone I knew, but someone I'd fantasized about. His sharply tailored suits, his delicious muscles, his hands on me. Finding out he'd actually been the one doing such naughty things to me when I'd been blindfolded was almost too much for me to handle, but he refused to let me run. Forced me to see that everything I could ever want was right in front of me.

Letting Alix go was out of the question. She was mine and I would make her see it. If I had to tie her down and spank it into her, I would happily do so. There were too many things I still wanted to do with her to let her escape my clutches, my playroom. Everything seemed to be going fine until a woman from my past entered the picture.

Stories are twisted, lies are told, hearts are broken. Who is telling the truth? Is what they have worth saving?

This is the second book in the Cravings series by Rachael Orman.

I did enjoy this book. But I am not sure I would want to keep going for another book. That old girlfriend of the Dom John is very creepy and I do not want to give myself nightmares about this unscrupulous person.

The book is interesting to follow and learn about what goes on in a relationship like this. Not my thing in real life, and I did have a hard time understanding how people do this sort of thing on an ongoing basis. Doesn’t it get old after awhile?

Anyway, good read. Enjoyed it but am not moving forward with the series.