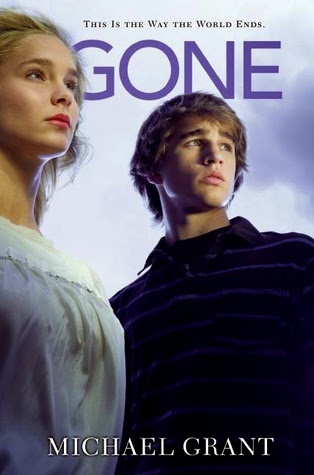 I am really, really glad this book is over. I don't think I will delve into the books after this one. The story was decent. The characters were excellent but I just had a hard time believing that some kid would kill another kid before the 8th day of them being captive under the dome. That fact colored the entire experience I had with the book. I loved the twist at the end concerning Little Pete. That was quite clever and explained the oddness of everything to that point. I did enjoy the writing style and the world they built for the readers. That was excellent. Since this is a YA novel and I am far from the age of a YA reader, I think that also colored my experience with the book. I would, however, recommend this book to a YA aged reader.

In case you are interested in this book here is a brief synopsis. All the children are in school, doing school-like things and then suddenly their teacher disappears right before their eyes. It isn't discovered until later that every adult and kid above 15 years old has also disappeared. Poof. Gone.

This story isn't without its sci-fi elements. Many of the children have discovered they have new abilities, many knew about them earlier before this incident. Sam, the main character, has an ability to make a light, and/or fire burst come out of his hands. He accidently burned his step father pretty badly when he first discovered the ability. Sam's mom worked at the school that is on the outskirts of their town up on a cliff. This school is for troubled youth, and when the invisible barrier comes crashing down on this city, the kids from this school decide to take over. One kid, Caine, has powers that equal Sam's. Sam has proven himself more than once to be a hero saving a bunch of kids on a bus years earlier and so he is the one many of them want to be in charge. And so begins the fight over who is and is not in charge in the FAYZ (Fallout Alley Youth Zone.). This is what they call their new town without adults.
Posted by Toni at 3:16 PM