I hope everyone had a wonderful Memorial Day holiday. I sure did. I took the time to catch up on some books I had stashed away. Many of them are from the cool Henery Press. Take a gander at this Memorial Day mystery offering. 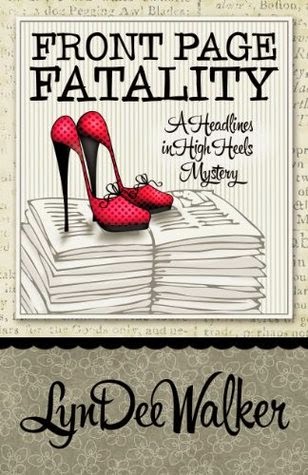 I work at my local newspaper so this book was right up my alley. (I work as an ad designer and not a reporter.) It didn't take long to realize that this wasn't really a cozy mystery. There was tons of action and I really liked Nichelle's interactions between her fellow newspaper co-workers and the Mafia guy, Joey. Nichelle really has a nose for news because she lands in the middle of the story of her career. The writing was so easy to follow and i think I read a lot if it all in one stretch. I actually did not figure out whodunit which makes this all the better. I love a good mystery where you follow the clues that are dropped. I wish the reporters at the newspaper where I work were half as go-get-em as Nichelle. 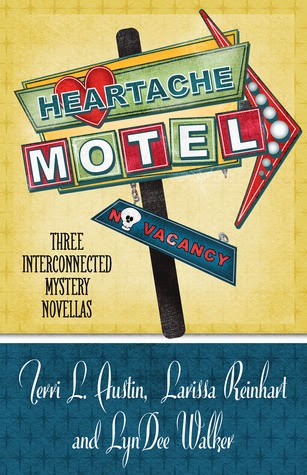 If you have been wanting to check out some Henery Press books but have been hesitating, this is the perfect book to dive into. It is all Elvis at Christmastime-themed. It also all takes place in the flea-bag motel called Heartache Motel where drag queens of all of Elvis' co-stars work the floors.

DINERS KEEPERS, LOSERS WEEPERS by Terri L. Austin
A Rose Strickland Mystery Novella (follows DINER IMPOSSIBLE)
All the quirky characters from her previous novels are either present or mentioned in this short story which features Ma convincing the gang (Rose & Roxy) from the Diner, along with Ax and Stoner Joe to take a holiday to Graceland. And of course, as goes with Rose's life, they run across a dead Elvis impersonator. Terri L. Austin manages to get a pretty good mystery into a few pages and I always appreciate that. Tons of good stuff here.

QUICK SKETCH by Larissa Reinhart
A Cherry Tucker Mystery Novella (prequel to PORTRAIT OF A DEAD GUY)
I actually haven't read a novel by this author yet, so it was quite a hoot to get to know the artistic Cherry Tucker and her poker-phenom boyfriend, Todd. They run across Todd's cousin who has, gasp, lost all his money in a bogus poker tourney and now has no money for Christmas presents or for that matter, his entire life. Cherry and Todd pretty much set up a cool sting that I really didn't see coming. I totally thought this was a blast of a short story.

DATELINE MEMPHIS by LynDee Walker
A Headlines in High Heels Mystery Novella (follows BURIED LEADS)
Leave it to crime reporter, Nichelle Clarke to get herself boxed, literally, into a Graceland thievery ring. When it is discovered that one of the original jeweled belts of Elvis has been switched with a fake, Nichelle is on the case. I had read the compelling Front Page Fatality at the same time I was reading this and I found it to be quite a good mystery as well.

All the authors managed to give a similar feel about the Heartache Motel and I thought it was just a wonderful offering for those who needed an extra dose of their favorite cozy(or crime drama) characters not to mention a dose of Elvis and Christmas. 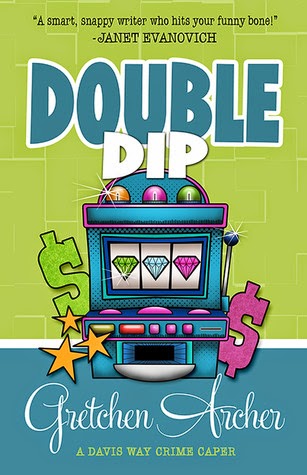 It took a little investigating to figure out that Davis Way, the main character of this book was a girl. I had to go read the synopsis of the author's first book to discover exactly who "she" was. After that hurtle, I was digging into the mystery. There are a lot of characters in this book and they all are really explained to perfection. I gritted my teeth at the bossy behavior of many people around Davis in this book. Bianca was an overbearing boss' wife making lookalike, Davis, do her every bidding. Her bald supervisor was nearly as overbearing as the boss' wife. I think I have used the word "hoot" too many times in this Memorial Day reading wrap up but this book was definitely that. Her ex-Eddie was another one of the annoying characters that litter this story. Then pile onto that the mysterious So Help Me God Church who are not quite as holy as they appear and this book rounds out to be a real winner. I will definitely check out book one in this series too! 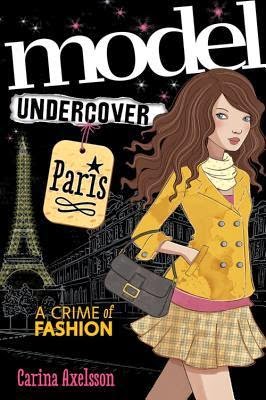 I thought this premise sounded like a hoot. Fashion and mystery. Very cool. I understand the author used to be a fashionista herself too. This story follows Axelle Andersen who is chomping at the bit to be the world's next private eye, but her mother has other plans. When she pokes her nose into one too many places, she is sent to Paris to stay for a week with her Aunt V who is the editor of a fashion magazine covering nothing less than Fashion Week in Paris. To Axelle, this is more than punishment, it is just cruel. But leave it to Axelle to find a mystery to solve in Paris when one of the most popular designers goes missing! I devoured this book in less than a day. It was so interesting to see the setting of Paris through the eyes of Axelle. I enjoyed all the secondary characters too and look forward to new books by this author. This was Carina Axelsson's first novel. Good job, Carina! I'd buy book two in a hot minute. 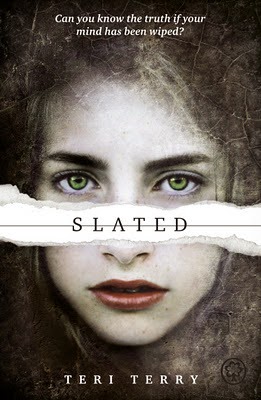 This book actually freaked me out a bit. It is the first book in a three book series. It is a dystopian novel which means that the future is a bit Hunger Games-esque. Nothing is quite the way you think it is. Kyla has been slated. It means her memory has been erased. They tell her she was a terrorist and she had to be rehabilitated into society and given a second chance at life. Kyla soon realizes that she can do things other Slated people can't. She can think for herself. Not to mention the device monitoring her that is supposed to quell her anger impulses does nothing of the sort. I really enjoyed this novel. It was confusing and interesting at the same time and I look forward to books 2 and 3. 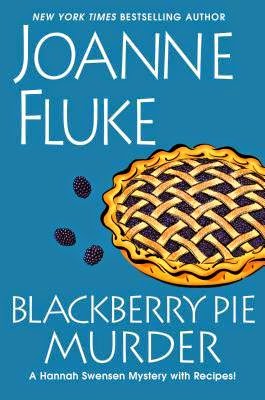 I have only read "The Chocolate Chip Cookie Murder" by this author and I was afraid that I would be a bit spoiled by jumping to the last book in the series, but I do seem to find myself doing that quite a bit in my reading journey. But, even though I was a bit spoiled in one aspect, I was quite taken with the new mystery which had Hannah Swensen locked up in jail and getting ready to go to trial for the accidental murder of a mysterious man on the side of the road. I do have to admit that the mystery was a bit predictable and I was able to figure out what was going on, caught nearly all the clues and got to the conclusion before the author led me there. But needless to say, this was still a great book and I completely enjoyed it.
Posted by Toni at 9:43 AM