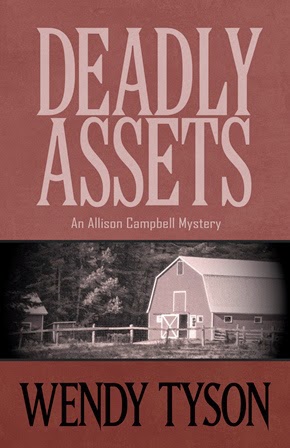 When I first started this book I was wondering if I would really like it. It started off in a remote mansion house of a lady named Francesca who was pretty much a hermit her entire life. Now she had to assume responsibility of a wine making empire that her ailing husband had been running. So, she hired Alison Campbell, an image consultant, to help her get up to speed on the ins and outs of being in charge after being a classic introvert for her entire life. Alison was supposed to show her how to dress, act and whatever else she needed. She probably also needed counseling to make her the best CEO she could be. I was close to closing the book on this story because it seemed no action was happening. The introduction of a young gal, a wanna be pop star, was curious. And then suddenly, out of no where, there were two kidnappings at the same time implicating her pal, Vaughn. It was then I was certain this was going to be a true joy ride. I breathed a sigh of relief and said a silent "yay" when the kidnappings happened.

I felt a little let down because the author didn't go too much into the character of Dom. They did pretty much set Alex, smarmy son of Francesca's brother, out there as a suspect from the beginning. I felt so bad for Vaughn, he had pretty much dropped off the pop star gal at her house and then went to get Francesca who almost immediately went missing at a truck stop where they stopped for a potty break. That made Vaughn suspect number one in the eyes of the police.

The beginning intro part went on for a little longer than I would like. I nearly nodded off and abandoned the book. But I am glad I stuck with it. Because when the action started, it never ended. I am definitely going to check out the first book in this series. Because as is true for me, I read book two before book one. I never got to see Alison do what she claims to do, image consulting. She spends the entire story being an armchair detective. And I hope book one really gets into the world Alison has built around her. I was missing that in this book.

I received an ARC unproofed copy of this book via Net Galley.
Posted by Toni at 7:40 AM