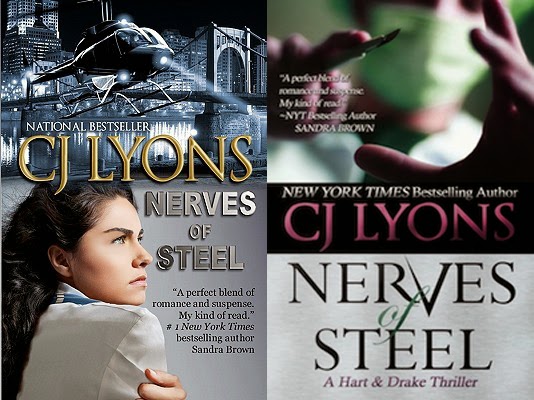 Cassandra Hart has a lot of problems in this book. A street drug is causing users to have horrible symptoms, spasms and ugh. So, Cassie has a lot of people in her ER with this drug complication. She finds a bag of FX, the new street drug, on one of her patients. Now she needs to decide what to do with this pack-o-drugs. Does she follow hospital protocol? Of course not.

She marches into the police station with FX bag in hand and runs smack dab into Mickey "DJ" Drake, part artist, part bum and all cop. They meet when he cons a cup of coffee out of a police coffee machine from her. (The police can't afford to provide coffee?) Needless to say, he doesn't give her the best first impression. She thinks he is a vagrant.

Another big complication in Cassie's life is her her ex-husband, Richard. He is an abuser, pig and high-faluting asswipe. Just think big schmuck, debutante and rapist all rolled up in a shiny white lab coat. He thinks he is God's gift and he is out to get Cassie back. Yes, he is delusional. That may be because he is still using drugs which is what got him thrown out of the hospital the last time but now with a whole lot of string pulling he is back to aggravate Cassie.

Drake's partner, Kwon, is quickly convinced that Richard and Cassie are in on this drug thing together providing this FX to the street people and she is going to prove it. In the meantime, Drake has found a fondness for Dr. Hart and he is sure and ready to protect her.

This was such a great ride. Cassie was getting herself into places where normal people would fear to tread. I wanted to strangle her myself a few times. And knuckle headed Drake could use a few lunks himself. They each were aggravating in their own way, full of flaws, which, I'm sure is what made this such a great read.