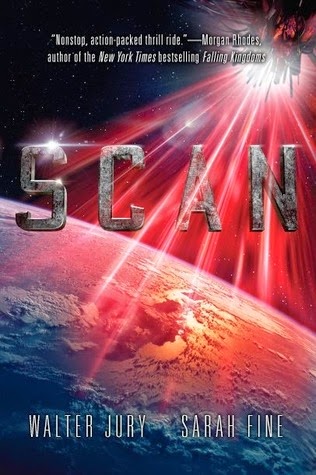 First off, this story was awesomely amazing. I mean, really really amazing. I can totally see this book on the big screen. I was even envisioning cast members as I read along.

Tate Archer starts out as your average teen and then you learn of his father's need to make Tate the best. Tate has learned 11 languages to his father's 23 and that is still not good enough in the eyes of Fred Archer. Tate's father is a bit of a science geek. He has the classic lab in his home which is protected by a complex security system. But Tate is a young MacGyver. He was building DNA labeling contraptions from Legos and firecrackers from Red Bull and Chop Sticks when he was eight years old.

Tate's father had been monitoring his food intake, his exercise and his learning for years spouting Buddah-like saying here and there in order to round out his son's eduction. But there was one thing Tate didn't know, that that knowledge will keep him in the dark when he steals a secret scanner thingie from his father's lab. It is then he learns that this scanner can tell human from alien and that most of the population of earth has been, over the last hundreds of year, been tainted with alien DNA. Most on earth don't know this. But there is a secret group called the CORE that have insinuated themselves into key government agencies. Now everyone is after the scanner, which is a key piece of technology that CORE wants.

This book was really exciting. I was already to 33% before I realized it. It felt like I had read only a chapter. This is definitely a page turner. I was aggravated at the adults in his life because they seemed to be either making decisions only for the good of themselves or just making bad decisions all together. The ending was aggravating also but by 92% into the book I realized that the story couldn't be wrapped up that quickly and there would probably be a book two. I really hope it comes out soon! I wanna know what happens next.

I received an ARC unproofed copy of this book via Net Galley.
Posted by Toni at 7:58 AM