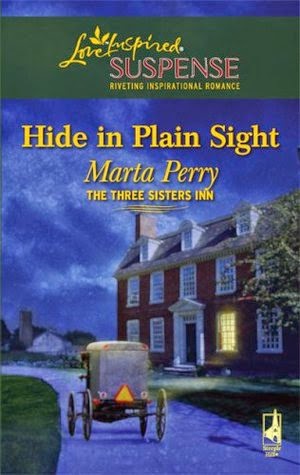 I am not sure if it was the setting or the characters that enthralled me more. It was set in an Amish community in Pennsylvania and the characters friends were from an Amish area. I really enjoyed the mystery surrounding the background of Cal. He was Andrea Hampton's savior one night while rushing to the aid of her sister who was in the hospital.  While her sister, Rachel, was laid up in the hospital her grandmother convinces her, after much prodding, to help them open the Three Sister's Inn. Opening day is quickly approaching in only a few weeks and Andrea and Cal seem to be the only two really putting forth effort in order to bring this inn into reality.

I was quite emotional while reading this because I could totally relate to how Andrea felt. She was being asked to basically give up her job in the city as a financial expert in order to do this "favor" for her sister and grandmother.  I don't think they really knew what they were asking of her. Many jobs these days wouldn't keep someone's spot open in the company if they had to stay for weeks and help their family out, sorry to say.

I enjoyed the blossoming romance between Cal and Andrea. I keep internally rooting for Andrea to give Cal a chance after she gave him rejection after rejection.

This book was a free one I had received during a Harlequin promotion as an ebook. Thanks to them for handing that out to everyone. I truly enjoyed it. 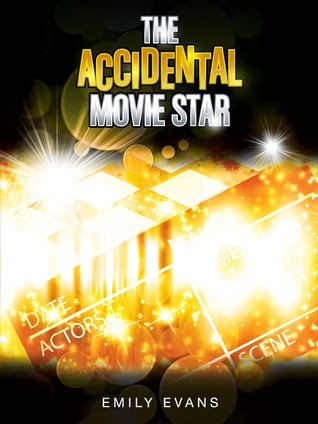 This book is about a gal named Ashley who is trying to bulk up her college resume with a cool summer job at a movie studio. She really wants to work with the set designers but gets stuck being a production assistant to the main actor of the show, Caspian. Her father is a studio executive and pretty much doesn't pay attention to her the entire summer. I found that weird and hard to fathom, but Hollywood is a bit on the odd side, I guess.

I truly enjoyed this look into love and movie making. It was a real guilty pleasure sort of read. I liked how the main character stuck to her values even in the midst of troubles, rumors and lies. And I liked how Cas gave a real gal a try and found out that you can really trust people to always have your back.

This is a quick read. So, if you're looking for a fun YA romance, this is for you. 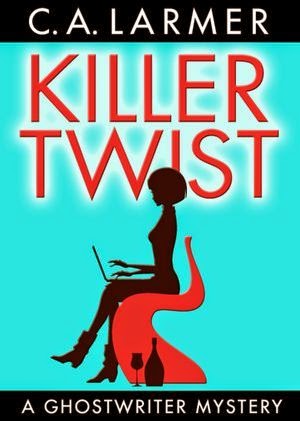 Roxy Parker is a ghostwriter who is constantly looking for the next story to write. So when the lady she is writing for suddenly dies and no one wants to investigate her death, she figures she is up for the job.

I liked the story and main mystery of this book but it was overwritten. I think a third of the book could have been cut and she would have had a great book with better flow.

This is the first book in C.A. Larmer's Ghostwriter mystery series. But I really enjoyed her book Agatha Christie Book Club a whole lot better than this one, IMHO. 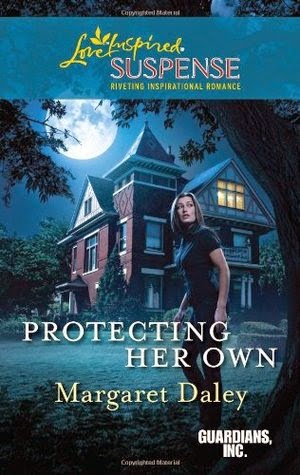 The stroke of her father is the only reason professional bodyguard, Cara Madison, is back in Virginia at all. She knows she is stuck for the duration when a package arrives for her father's upcoming birthday, Cara signs for it and is suddenly caught in an explosion that was meant for her father. Someone had mailed a package with a pipe bomb inside. Unexpected help comes from agent and old flame, Connor Fitzgerald, who offers to have her stay at his grandfather's house which is not only more convenient to use but is easier to protect than a hotel. It takes some convincing to get Cara out to the estate of Connor's grandfather. Conner and Cara then are thrown into the mystery of bringing this bomber to justice.

I enjoyed the back and forth between Cara and Conner and a lot of the times I was saying internally, come on Cara, bend! She was a bit of an emotional stoic person. She was just not willing to bend until she trusted in God again.
Posted by Toni at 1:52 PM