BOOK REVIEW: Murder on the Brain by Vanessa Gray Bartal 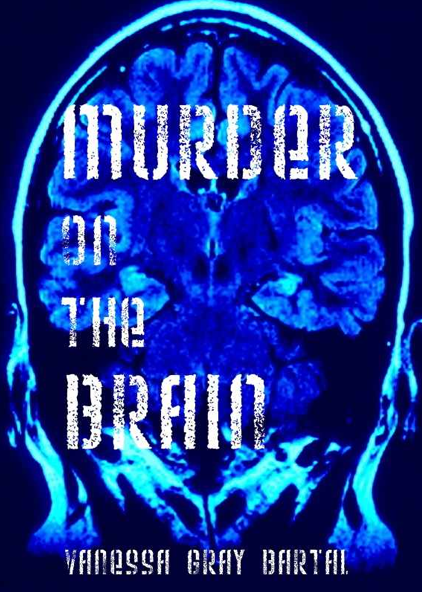 Sabrina Farris is about to embark on yet another mundane weekend where she spends time with her cat, her only friend. Maddox, the computer geek and cyber security expert at her work, invites her to his impromptu wedding and she says "no". Sabrina is known as the no nonsense employee who is all business and strict as strict can be. Everyone is a little afraid of her.

Sabrina is aggressive, demanding and just hard to deal with in general. She takes her job as an executive assistant to the three top brass at a chemical company that creates stuff for food (I don't know, don't ask me) seriously. She is hit on the head over and over as she is leaving work one day and winds up in a coma with a tad bit of brain damage. When she wakes up her personality is completely different and she has attached herself to her savior of the day, Maddox, a guy in the cyber security division of the same company.

Together with another person in the firm. (I will let you read it to discover who.) They uncover a pretty nasty plot to steal a whole bunch of money from the corporation. Another gal does get killed in the meantime so they know this criminal means business.

I thought this was a great book. It was really interesting and I felt for Maddox as his fiancee stole all his money and left him high and dry while he was helping Sabrina recover. Vanessa Bartal does a great job at character building. I can really relate to them in all the books I have read by her thus far. I wish that this was a series of books because I could really see these characters coming back and getting involved in another mystery.
Posted by Toni at 9:45 AM