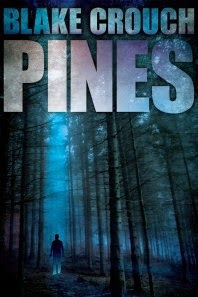 Goodreads synopsis: Secret service agent Ethan Burke arrives in Wayward Pines, Idaho, with a clear mission: locate and recover two federal agents who went missing in the bucolic town one month earlier. But within minutes of his arrival, Ethan is involved in a violent accident. He comes to in a hospital, with no ID, no cell phone, and no briefcase. The medical staff seems friendly enough, but something feelsoff. As the days pass, Ethans investigation into the disappearance of his colleagues turns up more questions than answers. Each step closer to the truth takes Ethan further from the world he thought he knew, from the man he thought he was, until he must face a horrifying facthe may never get out of Wayward Pines alive.

I spent most of the book trying to figure out what in the heck was going on. I was brought back to an old movie about a town called Stepford and each step Ethan made in town, the closer to some cruel end he seemed to get. This book was definitely creepy and unputdownable. I don't know if I would call it horror, but it was more mentally scary than physically scary.

The book was easy to read. The text flowed well. We got the addition of Theresa's point of view (Ethan's wife) in Chapter Four. I actually read a few pages and thought, wait a minute, who is this. Gotta go back and re-read. I did have a few questions. After the reveal of the BIG SECRET to Ethan, I wondered how they came into possession of both a helicopter and Jeep? I also wondered how them not talking to each other about current events, pop culture and music really helped their aim in the end. But those are just niggles, really.

I found this book quite interesting and captivating. It is definitely something I want to delve deeper into because now I am left with the question: where do they go from here?