BOOK REVIEW: The Secrets of Ghosts by Sarah Painter 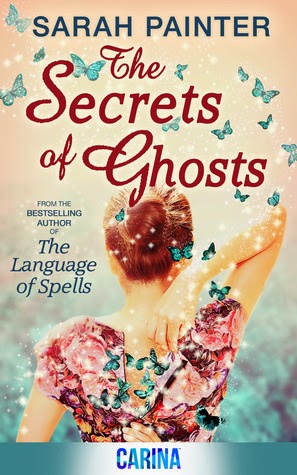 Goodreads synopsis: On her twenty-first birthday Katie Harper has only one wish: to become a real Harper woman. Mystical powers are passed down her family generation after generation – some even call them witches – yet every spell Katie attempts goes disastrously wrong.When her magic does appear, it’s in a form nobody expected and suddenly Katie is thrown into a dangerous new world with shadowy consequences.

This was a different kind of book for me. There was no real mystery to solve or end to come to except that Katie discover what her power was. I thought it was interesting. But I did not realize that this was the second book in a series. There were a few times where they referred to past events but not knowing them did not detract from my experience with the book.

I did think it was odd that she accepted Max, the con man, so easily. And there was a part in the middle where she was just Jonesing to have her powers and then the next chapter it was all just too much for her to take. I thought that transition was a bit unusual considering she spent most of the book wanting that talent.

It was a good book. Not great. I think it could have been made better with some more suspense or adding something else in addition to her finding her way with her powers. The love story was so-so also.

I received this book as an ARC (Advanced Reader Copy) from Net Galley. I thank them and the publishers for allowing me to read this title.
Posted by Toni at 7:22 AM