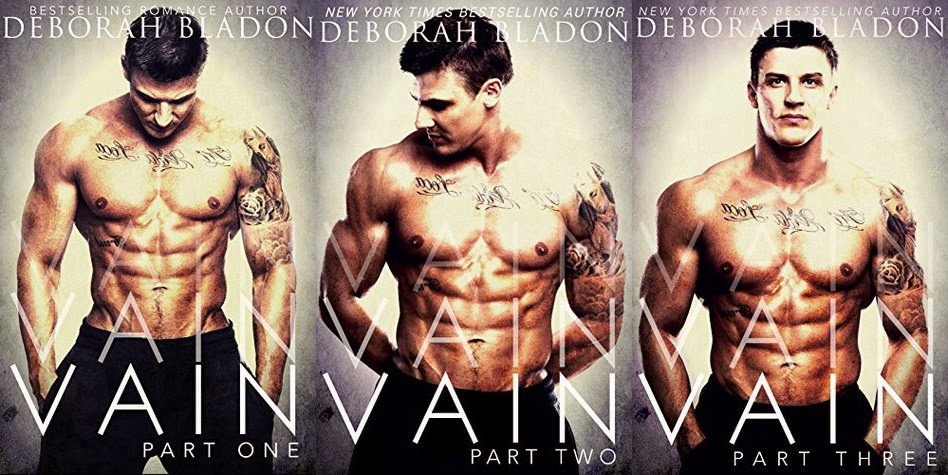 Goodreads synopsis: Sex. That's all Noah Foster wanted when Alexa Jackson showed up at his apartment. After returning from a semester in Paris, Alexa is back in her hometown of Boston and looking for anything but the drama that surrounds Noah. He's intense, gifted, famous and a bastard through and through. Despite it all, Alexa Jackson was falling hard and fast for Noah Foster.

This was like the third erotic novel I had ever read. And the first two by Joya Ryan were awesome and just blew this one out of the water. The first thing that truly annoyed me was that Noah, the main character guy who puts the vain in the title, was constantly strutting around his apartment naked BUT he wouldn't go outside in public because he was too conscious of his facial scar from a violent attack from his past. That totally does not compute with me. I mean, put some clothes on, dude. Who opens their door to a delivery person and is stark naked? That is just wrong.

If I was this Alexa chick, I would have turn and run the other direction. The only thing she likes about this man is the sex and you really can't base an entire relationship on that. By book three, Noah still had not grown through the book series. He was just as stuck in his old ways as he was in the beginning. He was rude and uncaring at many points in this novel and that is just uncalled for when you claim that you love someone. It's not all about you all the time. Then low and behold when the epilogue  happens, Noah has changed. I was like.. WHAT? Excuse me, I would have liked to seen Noah grow into this change not just get a blanket "they lived happily ever after."

This novel really disappointed me. I am posting these three books in one review because they are basically one story all about the same characters.

3 stars (probably 2.5 but I upped it half a point for the outstanding covers)
Posted by Toni at 9:05 AM