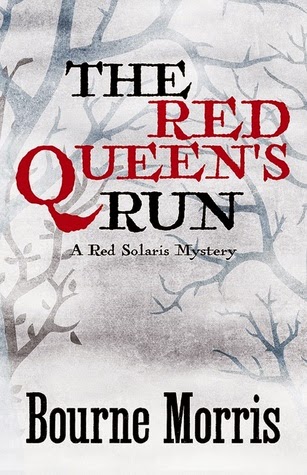 Goodreads synopsis: A famous journalism dean is found dead at the bottom of a stairwell. The police suspect members of the faculty who had been engaged in a fierce quarrel with the dean -- distinguished scholars who behaved like schoolyard bullies. When Meredith "Red" Solaris is appointed interim dean, the faculty suspects are furious. Will the beautiful red-haired professor be next? The case detective tries to protect her as he heads the investigation,but new threats lead him to believe that Red is the next target for death.

When I first picked up this novel I was not exactly sure what it would be about. My only clues were journalism and mystery. And I will put that in the heck yeah pile any time. I am a graphic artist at a daily newspaper and have a minor in journalism.

I found the background antics quite similar to what goes on around my work abode. It was funny yet scary yet ironic. And I really wanted to read on to figure out exactly how to deal with all those hostile personalities that come to light when the murder of the dean is discovered. Red is the assistant dean and gets shoved into the interim position once the body is discovered.

I enjoyed her cat and mouse antics with the dashing detective named Joe. He really liked her but she is considered a suspect and detectives dating suspects are high on the no no, not appropriate  list.

There was a bit of the mystery left hanging at the end so I assume that there will be a book two in this series. It was a fast read, and I enjoyed it greatly. I do indeed look forward to book two. The Red Queen's Run starts off at a hectic pace and it doesn't let up. The story did cover quite a span of time which I found unusual in a book of this type. So the mystery was more difficult to figure out than most. But if you decide to dig into this one, you won't be disappointed.

I received this as an ARC (Advanced Reader Copy) from Net Galley in return for an honest review. I thank Net Galley, the publisher and the author for allowing me to read this title.