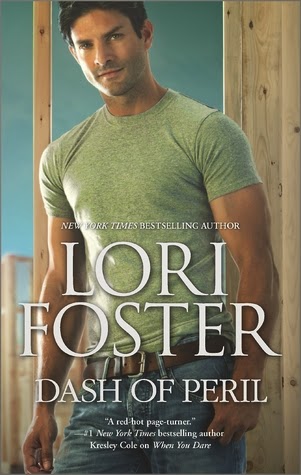 Goodreads synopsis: A no-nonsense female cop reluctantly teams up with the one man who makes her lose control in a deliciously sensual new novel from New York Times bestselling author Lori Foster...
To bring down a sleazy abduction ring, Lieutenant Margaret "Margo" Peterson has set herself up as bait. But recruiting Dashiel Riske as her unofficial partner is a whole other kind of danger. Dash is 6'4" of laid-back masculine charm, a man who loves life - and women - to the limit. Until Margo is threatened, and he reveals a dark side that may just match her own....
Beneath Margo's tough facade is a slow-burning sexiness that drives Dash crazy. The only way to finish this case is to work together side by side...skin to skin. And as their mission takes a lethal turn, he'll have to prove he's all the man she needs - in all the ways that matter....

Wow. I started reading this novel in Sept of 2014 and finally finished it in April 2015. It was a tough novel to wade through. I think it was because this is the novel that introduced so many of the characters in her new series about the ultimate fighters (Cannon and Company). I had a hard time connecting to this story which I found odd since I really enjoyed the ultimate fighter novella and the Cannon novel which I read last year.

I am not really sure what it was that had me perplexed. I thought at first it was just me getting into my cross stitching more and then putting this book aside but I found myself not wanting to read it. I was ambilvalent about these characters. Margo was laid up with an injury for most of the book and they just seemed to move from place to place without much excitement. Then when the secondary characters came in, they brought life to the story; and it needed that life.

The Yvette character from the Cannon book seemed like a cardboard replica of herself. I know she was a minor character but since she was going to be featured in her own book soon after this one was published, I expected more. I think that was my main problem with this novel... I expected more and I didn't get what I expected.

The writing was fine but I just did not connect to it in any tangible way. But this isn't stopping me from reading other Lori Foster books. It could have been half as long and I think it would have been a better read. Her ultimate fighter books are just dabomb.com. Definitely check those out.

Not my favorite read but it was still good enough that I think you should check it out of you love Lori Foster.

I paid for this title with my own money. Opinions are my own. 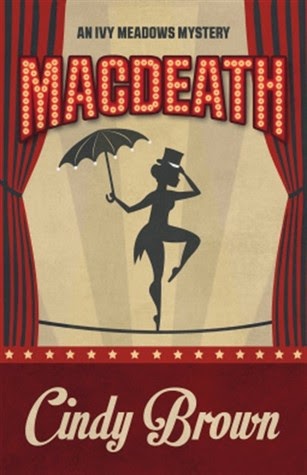 Goodreads synopsis: Like every actor, Ivy Meadows knows that Macbeth is cursed. But she’s finally scored her big break, cast as an acrobatic witch in a circus-themed production of Macbeth in Phoenix, Arizona. And though it may not be Broadway, nothing can dampen her enthusiasm—not her flying caldron, too-tight leotard, or carrot-wielding dictator of a director.
But when one of the cast dies on opening night, Ivy is sure the seeming accident is “murder most foul” and that she’s the perfect person to solve the crime (after all, she does work part-time in her uncle’s detective agency). Undeterred by a poisoned Big Gulp, the threat of being blackballed, and the suddenly too-real curse, Ivy pursues the truth at the risk of her hard-won career—and her life.

Olive Ziegwart has a dream, and she says her mantra daily. "My name is Ivy Meadows and I am an actress." She takes this stage name in order to make her more bookable for gigs. It is an easier name to remember than Olive Ziegwart. When she is cast as a witch in Macbeth, perky Ivy finds herself in the midst of a good ole mystery. Who killed the king? Simon Black is a British actor cast as Duncan. Unfortunately, he gets killed and dies after opening night and the understudy is forced to take his place.

It takes a lot of convincing for anyone to believe that Simon was actually killed. They all believe the rumor going around that he died from alcohol poisoning. Ivy decides to find the killer on her own. During her searching, she gets fired from her job at Olive Garden and is hired to work with her Uncle Bob who is a private investigator.

As things unfold, everyone thinks the curse of Macbeth is on them all as Uncle Bob gets drugged and Ivy blackballed from ever acting again.

This is just a fun read. If you are a theatre geek,  you really need to read this one. Loved it!

I received this as an ARC (Advanced Reader Copy) from Net Galley, in return for an honest review. I thank Net Galley, the publisher and the author for allowing me to read this title.
Posted by Toni at 3:52 PM No comments: 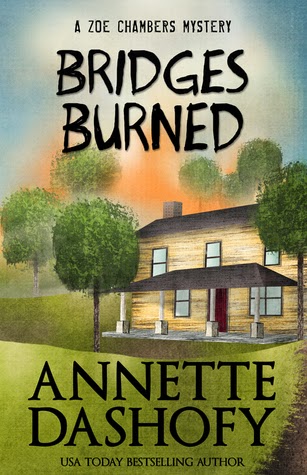 Goodreads synopsis: Paramedic Zoe Chambers is used to saving lives, but when she stops a man from running into a raging inferno in a futile attempt to rescue his wife, Zoe finds herself drawn to him, and even more so to his ten-year-old daughter. She invites them both to live at the farm while the grieving widower picks up the pieces of his life.
Vance Township Police Chief Pete Adams, of course, is not happy with this setup, especially when he finds evidence implicating Zoe's new houseguest in murder times two. When Zoe ignores Pete's dire warnings, she runs the very real chance of burning one too many bridges, losing everything--and everyone--she holds dear.

This is the third book in a series by Annette Dashofy. I started reading the series on book two, Lost Legacy. I tend to read series out of order, and if I can keep it all straight, I know the author is doing a great job of relaying info from other books into the new book. Dashofy is doing a fantastic job. Every Zoe Chambers mystery is like being on an adrenaline rush.

Dashofy weaves a complex mystery that you think you have it all figured out... and then you don't. I love authors who can surprise me with who really dun it.

Zoe is a paramedic and her love interest is Pete, he is the Sheriff. The two are a couple but they can never seem to get together for longer than half a dinner before some other emergency unfolds that requires their attention.

As the end of the book neared, I was really concerned about the future for my favorite mystery couple. I won't tell you how it came out but it really had me biting my fingernails.

This is a wonderful read and anyone would enjoy it. Check it out if you can. Just a fab complex mystery with a dash of romance.

I received this as an ARC (Advanced Reader Copy) from Net Galley, in return for an honest review. I thank Net Galley, the publisher and the author for allowing me to read this title.

BOOK REVIEW: Devil in the Deadline (A Nichelle Clarke Headline in Heels Mystery #4) by LynDee Walker 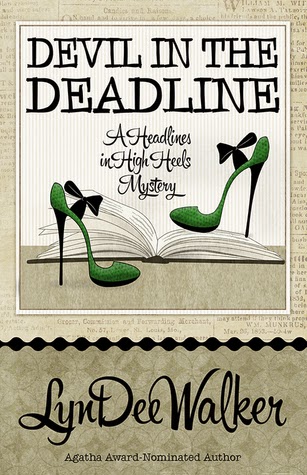 Goodreads synopsis: When the Richmond police offer an exclusive in exchange for help with a case, nothing—not even a costume party—stops crime reporter Nichelle Clarke from making Manolo tracks to the crime scene. The hunt leads her to a televangelist’s compound in the Virginia countryside where the Reverend may be more interested in fat stacks of cash than he is saving wayward souls.
With two sexy guys tangled up in Nichelle’s story—and in her heart—work and love are on a crash course for disaster. Pressure pours in from every corner, including a faceless new competitor that means the deadline is always five minutes ago. As secrets threaten and the truth becomes her lifeline, Nichelle must unmask the killer and nail down the story before she’s snared in the carefully-constructed web.

I love how LynDee Walker writes her Headlines in Heels mysteries. She is the one to look to for a perfect cozy. This book takes a lot of twist and turns which every mystery reader just loves... me included.

Nichelle has quite a few gorgeous guys in her back pocket just waiting on the side lines for her to pick them. I can't make my mind up who she belongs with. This lady has a lot of guts and gusto when tackling a big story and she doesn't let wanna-bes like Girl Friday dissuade her from getting the headline she wants.

I love how Walker really gets you invested in the characters and wanting not only Nichelle to do well, but even the other minor characters. This is mystery writing done right. Please pick this up and place it at the top of your TBR pile.

I received this book as an ARC (Advanced Reader Copy) from Net Galley in return for an honest review. I thank Net Galley, the publisher and the author for allowing me to read this title.
Posted by Toni at 2:46 PM No comments: