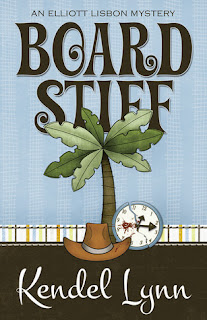 Goodreads synopsis:
As director of the Ballantyne Foundation on Sea Pine Island, SC, Elliott Lisbon scratches her detective itch by performing discreet inquiries for Foundation donors. Usually nothing more serious than retrieving a pilfered Pomeranian. Until Jane Hatting, Ballantyne board chair, is accused of murder. The Ballantyne’s reputation tanks, Jane’s headed to a jail cell, and Elliott’s sexy ex is the new lieutenant in town.

Armed with moxie and her Mini Coop, Elliott uncovers a trail of blackmail schemes, gambling debts, illicit affairs, and investment scams. But the deeper she digs to clear Jane’s name, the guiltier Jane looks. The closer she gets to the truth, the more treacherous her investigation becomes: a brutal attack on her own suspect and the murder of a witness. With victims piling up faster than shells at a clambake, Elliott realizes she’s next on the killer’s list.

This is the first book in the Elliott Lisbon Mystery series.

Then her old flame shows up as the new police in town. Lieutenant Ransom has his eyes on Elliott but Elliott does not want to go there. Well, maybe she does, but she is not allowing herself.

There are a lot of twists and turns in her journey but the conclusion is definitely worth the wait.

I paid for this with my own money
Posted by Toni at 2:17 PM