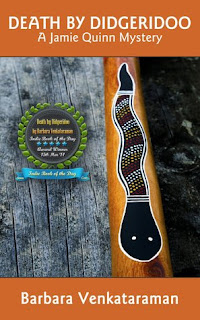 Goodreads synopsis:
Reluctant lawyer, Jamie Quinn, still reeling from the death of her mother, is pulled into a game of deception, jealousy, and vengeance when her cousin, Adam, is wrongfully accused of murder. It's up to Jamie to find the real murderer before it's too late. It doesn't help that the victim is a former rock star with more enemies than friends, or that Adam confessed to a murder he didn't commit

I finished this book in April and hadn’t gotten around to putting in a review until now. And frankly, I cannot remember anything that happened. I even read the other reviews and nothing was ringing a bell for me. I feel bad for the author that it wasn’t memorable for me. But then again, maybe it says more about me than it does about her.

I rarely give three stars so there must have been something lacking here.

BUT …It is a free book in her series so don’t let my review stop you from checking it out.

Book one in the series was FREE on Amazon Kindle.
Posted by Toni at 12:51 PM