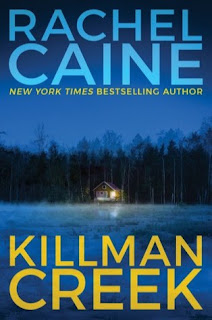 Goodreads synopsis:
Every time Gwen closed her eyes, she saw him in her nightmares. Now her eyes are open, and he’s not going away.

Gwen Proctor won the battle to save her kids from her ex-husband, serial killer Melvin Royal, and his league of psychotic accomplices. But the war isn’t over. Not since Melvin broke out of prison. Not since she received a chilling text…

Her refuge at Stillhouse Lake has become a trap. Gwen leaves her children in the protective custody of a fortified, well-armed neighbor. Now, with the help of Sam Cade, brother of one of Melvin’s victims, Gwen is going hunting. She’s learned how from one of the sickest killers alive.

But what she’s up against is beyond anything she feared—a sophisticated and savage mind game calculated to destroy her. As trust beyond her small circle of friends begins to vanish, Gwen has only fury and vengeance to believe in as she closes in on her prey. And sure as the night, one of them will die.

Have a box of kleenex handy when you dive into this book. You are going to need it.

Everything Gina/Gwen knows gets tested. Her kids get tested. It is so awful that you can’t take your eyes off of any second of it. It is a thrilling second book to the Stillhouse Lake series. If it is possible this is more unputdownable than the first.

All the characters are so real. You feel Javi’s uncertainty as a video about Gwen is revealed showing she helped Melvin. What thoughts must go through one’s mind when something like this is revealed. And that is only one of many revelations. This whole book is one constant OMG moment until the jolting conclusion.

Just a great book. Thrilling is a good world for it but even that seems to pale to what it truly is. Stellar. Awesome. Amazing. I can’t say enough good things.

On to book three. I am hooked.

I received this as an ARC (Advanced Reader Copy) in return for an honest review. I thank NetGalley, the publisher and the author for allowing me to read this title.
Posted by Toni at 8:36 AM