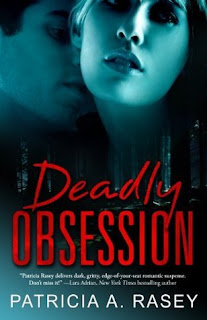 Goodreads synopsis:
A killer is loose who has a taste for human blood. Cole Kincaid presses harder into the investigation, but the body count climbs. He has personal reasons for detesting the press, so sparks fly when Laurie hounds him for a story. Fate forces them to join forces, neither one anticipating the attraction that ensues. But just as Cole thinks he is close to finding all the answers, both personal and professional, Laurie Michaels disappears.

This is the first book in the Fairview Park series. It is a very intriguing book. I enjoyed the play between Lt. Cole Kincaid and reporter, Laurie Michaels. Cole is tormented by his past and the murder of his wife. So tormented he got a job in a hole in the wall town with barely any crime. Now, suddenly, a serial killer has come out to play and he has a taste for human blood.

When the first body shows up as the book opens, Cole is ripped from sleep to investigate. This is exactly the type of crime he hoped wouldn’t come to his new jurisdiction. New reporter, Laurie Michaels is also on scene shortly after Cole arrives looking for the story. She immediately gets under Cole’s skin in more ways than one.

This book was quite entertaining and I wanted to keep reading just to find out how things between Cole and Laurie would turn out. It was an exciting read. A lot of arrows point to Cole’s hard rocker roomie, Damian who fits the profile of the killer too perfectly. The author tries to make you believe it is him causing all this havoc but as we readers know, the most likely suspect is never the real killer. Pay attention to the clues and you might figure it out.

I liked the vibe of the whole book. Great atmosphere and pounding action.  Highly recommended.

I purchased this book with my own money.
Posted by Toni at 8:15 AM