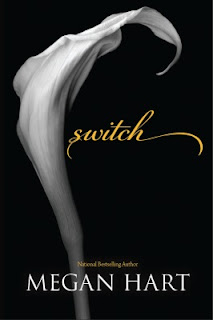 The anonymous note wasn't for me. Don't get me wrong, I'm not in the habit of reading other people's mail, but it was just a piece of paper with a few lines scrawled on it, clearly meant for the apartment upstairs. It looked so innocent, but decidedly-deliciously-it was not.

Before replacing the note-and the ones that followed-in its rightful slot, I devoured its contents: suggestions, instructions, commands. Each was more daring, more intricate and more arousing than the last...and I followed them all to the letter.

Before the notes, if a man had told me what to do, I'd have told him where to go. But submission is an art, and there's something oddly freeing about doing someone's bidding...especially when it feels so very, very good. But I find that the more I surrender, the more powerful I feel-so it's time to switch up roles.

We play by my rules now.

This not the usual genre that I tend to gravitate toward.
But the premise of this book fascinated me.

A note gets put into Paige’s mailbox but it is for a different resident in the building. Intrigued, Paige can’t help but read the note first before slipping into the right mail slot. The note is a list of instructions. Then every day a new note appears with more instructions. Paige is fascinated by how these lists make her feel.

This is almost a book of finding your true inner personal power and letting that lead you. Paige discovers her boss is a compulsive guy and he needs everything a certain way. She lets him give her lists. And then she become more assertive which calms her boss and makes him more effective at his job. Paige discovers this new found authority has impacts all over her life.

Paige had discovered who the notes were meant more and when they stopped coming, she took up the position of the dominant giving him instructions. In the last few chapters, the whole thing with Eric the neighbor is dropped and she goes back to her ex-husband. Uh, what? I felt like I was gipped. Why did I read this far to have the entire reason I started to read the book “the switch” just dropped?


I purchased this book with my own money.