In the Darkness (Zoe Bentley Mystery #2) by Mike Omer 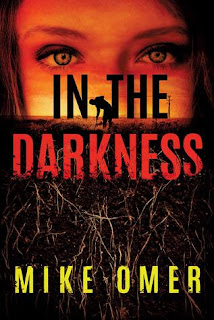 In the Darkness
(Zoe Bentley Mystery #2)
by Mike Omer

An online video of a girl clawing at the ceiling of her own grave could be the worst thing FBI forensic psychologist Zoe Bentley has ever seen. Perhaps even more disturbing is the implication of the video’s title: “Experiment Number One.”

Zoe and her partner, Special Agent Tatum Gray, work as fast as they can to find the monster behind the shocking video, but soon another one shows up online, and another girl turns up dead. Meanwhile, a different murderer is on Zoe’s mind. Rod Glover has been tormenting her since childhood, and his latest attack is a threatening photo of himself with Zoe’s sister. As Glover’s threats creep toward action, Zoe’s torn between family and duty.

Zoe must think fast to prevent another murder. With her own family’s safety on the line, Zoe feels she’s never been in more danger. And while she’s always known her job could send her to an early grave, she always assumed she’d be dead first.

This is the second book in the Zoe Bentley mystery series.

This book was pretty thrilling and exciting. The whole concept was fascinating. At first the police didn’t think the first death they discovered was the work of a serial killer but slowly Zoe made them believe and realize this truth. The kill was too advanced and organized to be his first.

A girl was found dead in a box created by a monster. She had been buried alive and put on live video so the killer could get his rocks off thinking he was becoming famous. She had been titled Experiment Number One but she wasn’t his first. As they discover more women disappearing and found in boxes buried alive, the closer they get to the killer but the madman seems to always know what they are thinking when they search. He evades them.

There is a pretty significant twist at the end of this that I don’t think anyone will see coming. Quite a roller-coaster ride. Excellent story. I highly recommend it. This is one of those books you just don’t want to put down. You will rush to the end with your own theories. My ideas kept changing from chapter to chapter. And I had no clue whodunit. You probably won’t either. The author really had me snowed.

Great flow, pacing and suspense off the charts. I am surprised I had not heard of Omer before. I will be definitely be checking out other books by him in the future.