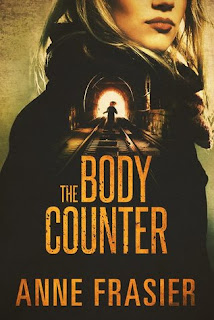 Months after discovering the mastermind behind her own kidnapping, Detective Jude Fontaine is dealing with the past the only way she knows how: by returning to every dark corner of it. But it’s a new, escalating series of mass slayings that has become her latest obsession at Homicide.

At first, Jude and her partner, Detective Uriah Ashby, can see no pattern to the seemingly random methods, the crime scenes, or the victims—until they’re approached by a brilliantly compulsive math professor. He believes that the madman’s next move is not incalculable; in fact, it’s all part of a sequential and ingenious numerical riddle. His theory is adding up. The body count is rising.

But when the latest victim is found in Jude’s apartment, the puzzle comes with a personal twist that’s going to test the breaking point of her already-fragile state of mind. For all she knows, her number may be up.

Jude and Uriah are back and trying to find the Fibonacci Killers. Of course, just like in THE BODY READER, we get equal detective mystery and a character study in survival. Jude and Uriah both have their own demons and this shows how they get through the day, do their job and just survive.

I suggest reading this series in one go. It will make so much more sense. One story builds on another. And there are so many references to the previous book that you might as well read it first to get a grasp on who Jude and Uriah are before going further.

I feel for Jude who has bought the house where she was kept captive for three years. She finds a strange sense of comfort in the walls that held so much tragedy for her. This mystery is a roller coaster ride and you really need to pay attention to all the clues. At the end, there is a huge revelation which will lead into book three that just tears at your heart. How can one person go through so much and remain sane?

I am stunned at how awesome this book series is becoming. I can definitely see it as a movie … a twisted psychological thriller. Stunning. Just stunning.

I purchased this book with my own money.
Posted by Toni at 10:16 AM