My TBR stack for the rest of August.

It's pretty exciting to get to the end of August and I am nearly finished with all the August 27th cozy mystery releases. I feel like everyone and their brother had a cozy coming out in August. September isn't much better. There is a flood of great books coming out on September 24th.

I thought I would take a second to show you what I am reading currently, and what I plan to read for the remainder of August.

WHAT I AM CURRENTLY READING: 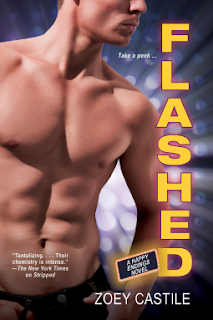 Patrick Halloran was the IT Guy. He graced the covers of his friend Scarlett West's romance novel covers and that threw him into tv and movies. He was pretty much a schmuck back then. Party boy extraordinary. He made a living by his looks. Then an accident leaves him scarred by physically and emotionally. He hides away from the world. His best friend Scarlett hires a live-in housekeeper to take care of his needs. Her name is Lena Martel. She is from New York, a far stretch from the Montana ranch where she finds herself. She isn't allowed to see Patrick. She is only there to clean and cook. But you know how these things go. Lena pulls Pat out of his shell little by little until he is able to face the harsh cruel world again. And maybe the two will find love as well. Frtiz Braun longs to honor the memory of his dead parents and be the best Aryan possible, but his grandfather spouting old-world religion, a crime in Nazi Germany, thwarts his path to success. His grandfather is murdered by SS Officers for refusing to surrender his copy of a special book, catapulting Fritz into a biblical world and anointing him as God’s Truth Keeper. He is charged with protecting The Book he once resented and sharing God’s word with his people in a difficult time. A job he feels unworthy to accept. Protecting God’s word proves to be an insurmountable task when the Gestapo discover The Book, and Fritz is forced to choose between saving the only family and friends he has left or saving The Book from Nazi fire.

BOOKS ON MY AUGUST TBR PILE: 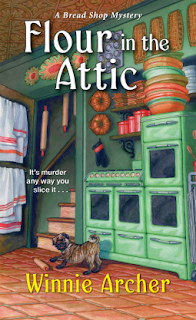 Flour in the Attic by Winnie Archer

Ivy Culpepper keeps the ovens hot at Yeast of Eden, a Northern California bakery that specializes in traditional breads. But now she has to deal with a stone-cold killer . . . 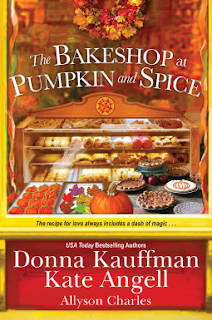 The Bakeshop at Pumpkin and Spice by Donna Kauffman, Kate Angell and Allyson Charles.


Every autumn, Moonbright, Maine, is the picture of charm with its piles of crisp leaves, flickering jack-o’-lanterns … and a touch of the sweetest kind of enchantment.  Witches, goblins, the occasional ghost—they’re all sure to be spotted at the annual Halloween parade, where adults and children alike dress in costume to celebrate Moonbright’s favorite holiday. And no place has more seasonal spirit than Bellaluna’s Bakeshop, a family business steeped in traditional recipes, welcoming warmth—and, legend has it, truly spellbinding, heart-melting treats … Between good-natured Halloween tricks, frothy pumpkin lattes, and some very special baked goods, for three Moonbright residents looking for love—whether they know it or not—the spookiest thing will be how magical romance can suddenly be … 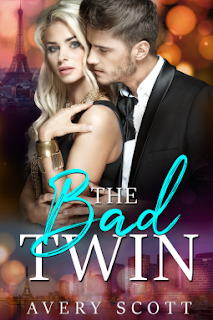 The Bad Twin by Avery Scott


Being the good twin isn't all it's cracked up to be. Abby Levesque knows that better than anyone. While her sister drifts through life carefree, Abby's left to clean up her messes. The latest mess? Hudson Quinn— the hot, angry billionaire on her doorstep demanding she accompany him to Paris. He's obviously mistaken her for her twin, Gabby, who happens to be his assistant. Too bad Gabby is nowhere to be found. If Abby wants to fix her sister's latest blunder, she'll have to pretend to be someone else for two weeks—preferably someone who isn't wildly attracted to her mercurial boss…
As far as Hudson's concerned, his sexy-but-flaky new personal assistant is just another in a long line of terrible decisions and failures in his life. But he's working on the deal of a lifetime—a deal that could change everything for him—and he needs her help to close it. The last thing he ever expected was to connect with her on a soul-deep level.


Falling in love wasn't part of the job, and when Hudson finds out who she really is, Abby's terrified he'll never forgive her. With a billion-dollar deal—and both their hearts—on the line, can Abby convince Hudson she's the right twin for him? 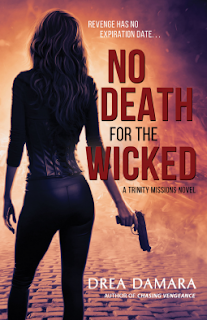 No Death For The Wicked by Drea Damara

Does revenge have an expiration date?
Broken hearted and bullet-ridden, agent Caria Milosc returns to work after the attack that nearly toppled the Trinity intelligence organization. As she digs deeper into her new mission, she uncovers secrets about her boss, leaving her with a moral dilemma—show mercy or taste revenge.
How long can one man cheat fate?
After a favor that nearly cost him his life, mercenary Ivan Skavinsk reunites with an underworld group he had infiltrated. Deep in the jungles of Bolivia he finds he may have pushed his vigilantism to the brink.
A gritty story of modern espionage and the complexities of the human spirit.
Posted by Toni at 10:58 AM