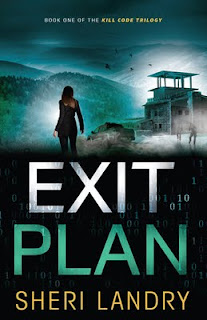 Goodreads synopsis:
HOW FAR WOULD YOU GO TO PROTECT THE ONES YOU LOVE?

Ten years ago, a covert government operation gone wrong separated Jack from Jessa, the girl he promised he would never leave.

Jack's special forces team receives a tip, leading them to a remote farmhouse in search of a group of hackers, led by the elusive Zane, who work for the same person he holds responsible for Jessa's death, ten years earlier.

Past and present collide as what was once lost is now standing in front of him and appears to be working for the very evil he is trying to end.

Jessa has been in hiding for the last decade. A traumatic event blocked out some of her memories and the information she needs to end her nightmare is hidden away in the only place she can't hack into, her own mind.

Everything is not as it first seems as years of secrets begin to unravel and all of the missing pieces are uncovered and put back in their proper places.

Will the last piece, the answer to all of their problems, be found in time?

Basic premise: Jack thought Jessa died ten years ago. Now he is trying to find a group of hackers who were responsible for her death. It is then he finds that Jessa never died. In fact, she thought he was dead and had moved on with a family of his own (which was untrue). This group is lead by a horrific mad man who has his ties everywhere and seems unstoppable. Jessa has the key to his demise in her memory but she is blocking it all due to her earlier torture.

I thought this book was really great. It made you think and had you questioning everything at every turn. But I did think it was a bit to graphic in the horrific sense when they showed us the torture Jessa went through from Maxwell and then showed us it again when Logan was trying to “break” her. i thought that was unnecessary.

The point of view does jump around a bit and can be confusing at times but if you pay attention to the “voice” of the person, it should be easier to distinguish one from the other.

This is a relevant story and to my mind, a good one as well. Looking forward to seeing what other books in this series will look like. Definitely need some more Logan in my life.

If you enjoy a good mystery/thriller/romantic suspense, give this one a try, you won’t be disappointed!

I received this as an ARC (Advanced Reader Copy) in return for an honest review. I thank NetGalley, the publisher and the author for allowing me to read this title.
Posted by Toni at 7:13 AM