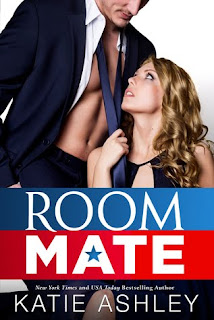 Goodreads synopsis:
From the time I was a kid, I knew I wanted a job helping people. After serving in the Rifles regiment of the British Army, I focused my civilian career on becoming a bodyguard to the rich and famous. For a Cockney Brit, I never imagined a twist of fate landing me a position in the United States Secret Service and protecting the President’s son. But then my boss made an unexpected request: leave my current placement to move in with his only daughter to give an added layer of protection against the threats she had been receiving. I’d never lived with a woman who was off-limits to me. It wasn’t just that Caroline had a boyfriend. She was my best friend’s sister, and my boss’s daughter. But the longer we’re in such close quarters together, the greater the temptation grows, but I know I'll lose everything if I pursue her.

Growing up as the only girl with two overbearing older brothers, I’m no stranger to being overprotected. Just as I finished up college and prepared to truly dip my toes into the adult world, my father was elected President of the United States, which added a whole new level of protection with the Secret Service team attached to me. Just when I thought I couldn’t possibly be more smothered, I began receiving threats, and my family decided it wasn’t enough to just have an agent living down the hall from me. Nope, I was to have one move in with me, and not just any agent, but Ty Frasier—my brother, Barrett’s best friend, and my brother, Ty’s, head agent. While most women would enjoy living with a sexy, buff Brit, having a roommate threw a wrench into all my plans. Especially when I began noticing Ty was so much more than a hot guy—he was someone I could fall for.

This is the third book in the Running Mate series by Katie Ashley.

This was a really fun read. It flew by so fast just like book one did!

Basic premise: She is the President’s daughter and someone is sending her death threats. In order to protect her, her father sends Ty and a team of agents to be with her as she starts her new career. Things get heated when they learn that the two of them have to live together and get to know each other better than they ever have before.

I felt like Ty had a lot more to lose than Caroline did. When he gets personally involved with his “target”, it could mean her death. I enjoyed watching the struggle between these two as they fought with themselves and their own inner demons in order to find love with each other.

The ending was s really sweet conclusion and a real surprise to boot! Gotta love those British spy guys!

If you love a good contemporary romance, definitely check this one out. You won’t be disappointed.