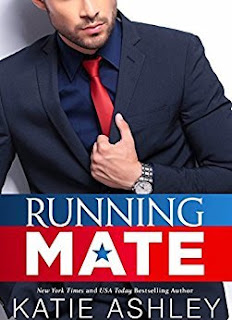 The name’s Barrett Callahan. Yeah, that Barrett Callahan—the one the press dubbed “Bare” after those naked sexting pictures surfaced. At twenty-five, I was armed with an MBA from Harvard, an executive position at my father’s Fortune 500 company, a penthouse, and a different piece of delectable eye candy in my bed every weekend. I had a life most men dreamed of. But then my father decided to run for president, and my playboy lifestyle became a liability to his campaign that was built on family values. My “makeover” comes in the form of a fake fiancée who I don't even get to choose--one who is an uptight, choirgirl acting priss but also sexy-as-hell.

My latest relationship had gone down in flames, and I was drowning in a sea of student loans when in true Godfather status, James Callahan made me an offer I couldn’t refuse. Seven figures for seven months on the campaign trail pretending to be the adoring fiancée of his son, Barrett. As soon as he won the election, our engagement would be dissolved amicably for the press, I was free to ride off into the sunset a million dollars richer, and because of the NDA, no one would be the wiser. Sure, I’d never met the guy, but I’d been a theater nerd in high school. I could pull off any role from Lady Macbeth to Maria Von Trapp. But that was before I met my fake fiancé—the infuriating, self-absorbed, egotistical, drop-dead-sexy King of the Manwhores.

The race will be a fight to the death finish, and that’s not even the actual campaign.

This is the first book in the Running Mate series by Katie Ashley.

This was a really fun read. It flew by so fast!

Basic premise: Addie is working on James Callahan’s campaign for President when he comes to her with an unusual request…. would she be his son’s fake fiancee in order to assist his chances on the campaign trail? With the amount of money he was offering and her very broke status, how could she say no?

I liked how they each were a foil to the other. Barrett had to behave himself and actually get to know someone other than between the sheets and Addison had to finally let her hair down and begin to trust in love again.

I went straight from this into book three since I was loving the bodyguard/secret service agent, Ty so much!

If you love a good contemporary romance, definitely check this one out. You won’t be disappointed.
Posted by Toni at 8:51 AM