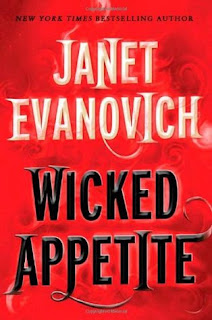 Goodreads synopsis:
For centuries, treasure hunters have been eager to possess the stones, undeterred by their corrupting nature. The list is long — Genghis Khan, Alexander the Great, Napoleon, to name a few. Now the Stones have found their way to Salem, Massachusetts, and so has Gerwulf Grimoire, adding himself to this rogues’ gallery of power seekers. He’s an uncommonly dangerous man, with a hunger for the forbidden, and a set of abilities that are way beyond ordinary. Abilities that he feels entitle him to possess anything he might desire.

That would include Elizabeth Tucker, the woman he needs to find the Stones. She’s freshly transplanted from New York City to Boston’s North Shore. With a new job as pastry chef at Dazzle’s bakery and an old house inherited from her Aunt Ophelia, her life is pretty much on track …until it’s suddenly derailed by a guy named Diesel, a rude monkey, and a ninja cat.

Lizzy can handle the monkey and the cat. She’s not sure about Diesel. He’s offering up his own set of unusual talents, promising to protect her from Grimoire. The kind of protection that Lizzy suspects might involve guarding her body day and night.

This is the first book in the Lizzy & Diesel series by Janet Evanovich.

This book left me with a ton of questions. And I think in some ways that is good since this is the first book in a series.

Diesel landed on Lizzy’s doorstep with quite a cockamamy story. Only she and one other have the ability to find these special stones. And Diesel needs her assistance. The stones all relate to the seven deadly sins and each time she gets near one, she acquires the power it has. The only problem with this stone finding power is that whatever this power is… she doesn’t know how to use it. And to add insult to injury, there is another guy after her who either wants her for her power or wants her dead. Makes for a not fun day.

I felt like this went around and around a bit probably a bit too much for my liking. Near the end, we realize that the ability she has to bake fantastic cupcakes is a special ability too and I wonder if this power will be revisited in book two of the series.

I also felt like the setting was missing as well in this novel. The characters seemed to act out their scenes in a void and I never got a sense of place during the reading of this.

Pretty good start but I will read more to really judge this series fully.

If you love a good magical/paranormal cozy mystery, definitely check this one out. You won’t be disappointed.
Posted by Toni at 12:31 PM