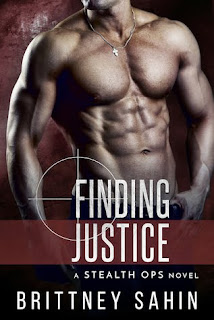 Goodreads synopsis:
They say the truth will set you free — if it doesn't bury you first.

As a Navy SEAL for a covert special ops team, Owen York has no time for relationships. But when he's forced to go on vacation, he finds himself falling for a sexy stranger, a woman who turns out to be linked not only to his latest assignment but to his past. Owen's spent years searching for his brother's killer, but now that he has a chance at revenge... he'll have to see how far he's willing to go for justice.

After losing her fiancé a decade ago, Samantha McCarthy lives and breathes her job at the Intelligence Committee. She puts everything, especially love, aside — until one day her world flips upside down, and she finds herself at the center of a massive government cover-up. Turning to Owen York for help is her only hope. What she doesn't count on is for him to knock down the walls around her heart.

Thrown together on a mission that's as personal as it is dangerous, Owen and Samantha will face their toughest challenge yet — and risk falling for each other in the process
***

This is the second book in the Stealth Ops series by Brittney Sahin.

This is probably one of my most favorite guilty pleasure series to read. I have been reading them out of order, focusing on the agents I liked the most. This one features Owen York, pub owner and Seal. He is sent on a forced vacation upon the ten year anniversary of the death of his brother.  There he meets a woman who he doesn’t realize until later is connected to him and his brother in a significant way.

The tension in this was tight and gave me pause at times. I could definitely see the situation from both sides and see how it affected them.  Samantha wanted to continue with her push for peace talks but her desire put a thorn into the side of the Ops team even if she didn’t mean it to happen.

Loved  how the unfolding of the love story happened in this book. Still totally hooked on this guilty pleasure series!

If you like romantic suspense, definitely check this one out. You won’t be disappointed.
Posted by Toni at 7:36 AM