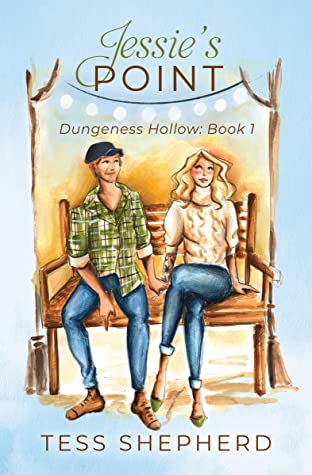 When Casey Carpenter receives a call to go back to her small hometown to be with her dying father, the last thing she’s expecting is that he’s hired a contractor to work on the family marina—she handles her father’s expenses, and Nathanial Kipling doesn’t show up in them. The situation is fishy. It’s only once she’s back home, only once she meets Nate and discovers he’s struck a deal with her father to renovate and sell Jessie’s Point, that she realizes the decision has already been made without her. All that’s left to do is help them—at least then she’ll feel like she had a say in the matter.

To Nate, her helping out is about the worst outcome he could have expected. Casey—with her big, sad eyes, whiplash smile, and piss-poor attitude—is too much of a distraction. Somehow, he knows that becoming entangled with her isn’t going to work out for him, for either of them. Still, how could he say

no? If Jessie’s Point is going to sell, shouldn’t she have a chance to say goodbye?

But as Casey’s father slowly fades, and as she and Nate work together to repair Jessie’s Point, it becomes painstakingly clear that the marina isn’t the only thing she doesn’t know how to say goodbye to. Will Casey be able to let go of the past and forgive her father? Will she be able to stay in Dungeness Hollow through to the end?

And what happens after? Can new beginnings survive the worst possible endings?

This is the first book in the Dungeness Hollow series by Tess Shepherd.

I think the community stood out here a little more than her other series. I can see myself diving into another book in this series easily and know who I’m talking about. The first book in her other series, City of Dreams, Lola and Jacob were the only ones I really resonated with.

In this story we have a gal named Casey who is called back to her hometown due to her father being on deaths door.  Their relationship is pretty complicated. When her mother died when she was eight, her dad kind of mentally checked out and she had to be taken care of my neighbors.

She comes home to find a man named Nate fixing up the area called Jessie’s Point which has become very unkempt and desolate over the years.

The story really sucks you in and makes you want to find out how they solve all these problems they are dealing with. The cast is great in this one and I look forward to any new books that come out by this author.

If you love a good romance with a tinge of mystery, definitely check this one out.