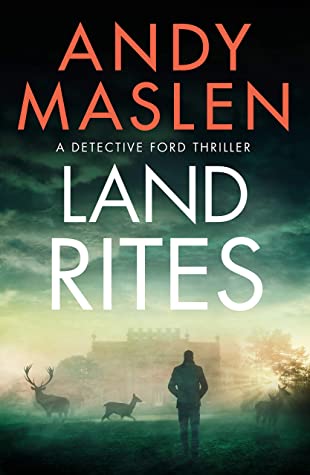 A country manor. Two murders. Multiple suspects. Can DI Ford solve the case before his own dark past is exposed?

After a dog walker discovers human remains in a badger sett in the idyllic Salisbury countryside, DI Ford is called in to lead the ensuing murder investigation. When a second victim turns up in a nearby pond, Ford is determined to find the connection.

Both victims met their fate near the sprawling Alverchalke Estate, ancestral home of a decorated war hero and his family. One was a dogged eco-activist and vocal critic of Lord Baverstock. The other was a petty criminal and poacher, youngest brother of a notorious local crime family. Certain that there’s more to this case than trespassing, Ford and Dr Hannah Fellowes race to find the hidden link. But when one victim’s family threatens to expose Ford’s own dark secret, the ticking clock becomes a time bomb.

Still consumed by guilt over his part in his wife’s tragic accident and struggling to raise the teenage son he lied to, Ford now finds himself losing control of the investigation. Can he work with Hannah to solve the case while privately fighting off the attempted blackmail? Or have his demons finally caught up with him?

This is the second book in the Detective Ford thriller series by Andy Maslen.

This book features Detective Inspector Ford, nicknamed Henry. He has a sixteen year old son named Sam and he is a single parent after the death of his wife in book one.

This was a compelling read. I was sucked into the action almost immediately. Just loving the angst that just seems to billow off of DI Ford. I am not sure what to think about Hannah “Wix”. One one point she is a good brain to have on your team but her psychological make-up might be a bit on the sketchy side. I kept thinking something untoward was going to happen with her as we neared the conclusion of the book. I think I was just overthinking the entire thing but I will keep my eye on her in future books. She could be one of those characters who start out being a good guy and then at the drop of a hat turn out to have a black heart.

I think the scariest part of this was when they started threatening Ford’s son just to get him to solve the murder faster. I was like… really?

Overall it was a great read and I look forward to other books by this author.

If you love a good detective fiction mystery, police-procedural, definitely check this one out.