The Stranger Next Door (Winchester, Tennessee #3) by Debra Webb 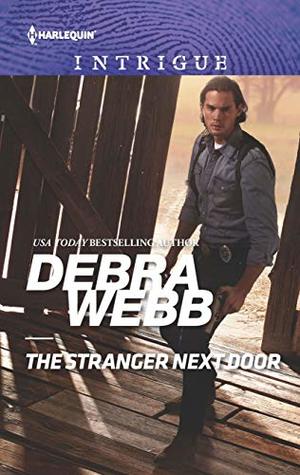 The Stranger Next Door

A new neighbor…or a stranger next door?

Under-the-radar FBI agent Deacon Ross is on a mission of vengeance. He is in Winchester, Tennessee, to get it. After years away from home, Cecelia Winters is back to find her father’s killer. She’s faced with a hostile town fraught with danger—then she meets her new neighbor, Deacon. With two cases colliding and desire blindsiding them, will the search for the truth cost Cece and Deacon more than a future together?

This is the third book in the Winchester, Tennessee series by Debra Webb.

I thought this was a stellar book. It had quite a different spin on it than a normal intrigue, I think. It felt more like a novel. The characters were robust and grabbed you almost from the beginning.

I questioned Deacon Ross’s validity as a leading man through most of this considering his underhanded ways and how he treated Cece before he ever really knew her. Since he was an FBI agent, I was surprised he didn’t get all the facts before casting blame on Cece for her father’s death and even his friend’s disappearance.

I like how this ended but I felt like it was left a bit open ended. I assume this is because this is a limited run series and they needed more areas to grow into for future stories.

Just loving this series. I have already purchased all the other books so I can get the entire fully blown universe behind Winchester, Tennessee. Harlequin Intrigues are always my sweet spot, my guilty pleasure. And Debra Webb was the author who introduced me to this series way back in 1998.

If you like romantic suspense, definitely check this one out. You won’t be disappointed.