All That Fall (Emma Larson Thriller) by Kris Calvin 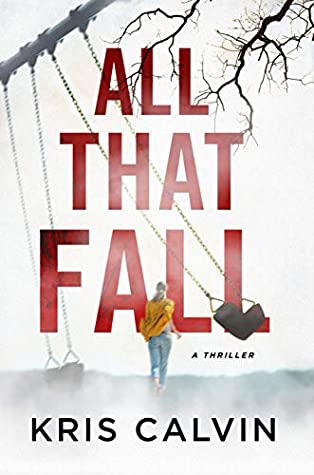 Emma Lawson must race against the clock to rescue a kidnapped child and stop a killer whose master plan only begins with murder.

When Emma Lawson, the youngest lead government ethics investigator in California’s capital, takes a day off to help her best friend, Kate, prepare for the opening of her new business, Rainbow Alley Preschool, the morning takes a shocking turn.

The school’s most high-profile enrollee–Vivian Lange, the governor’s granddaughter–is kidnapped, at the same time Kate’s teenage son, Luke, goes missing. Emma is quickly drawn to a web of clues that point toward sordid secrets and a cold-case murder in a shadow world of bigotry and hate.

Over a desperate and harrowing forty-eight hours, Emma races against the clock to solve the most important investigation of her life. But will she be in time to bring the child to safety and to stop a calculating killer whose plan threatens all that Emma holds dear?

This is the first book in the Emma Larson mystery series by Kris Calvin.

This was quite a complex mystery with a lot of players. I was quite enjoying the character of Tommy and was preparing to have him be the lead until he died trying to save someone right at the beginning. Then Detective Alias showed up and he wasn’t exactly what I was looking for in a male lead but he did grow on me as the book progressed.

Emma gets pulled into the story when she is made aware of Tommy’s death. Then her connection to Luke, who is the son of her friend, Kate pulls her in deeper still. Luke cones across what looks like a shootout and calls 911. But he is captured by an injured bad guy and forced to drive him and the young granddaughter of the governor to the hide out. There he is mistaken for the dead man from the shootout which helps him to assist young Vivian and keep her safe.

This book is a quick read with an abundant of action and intrigue. It really keeps your attention and makes you curious  about what is really going on.

The Dylan character kind of came out of no where and did nothing except decipher the one clue that helped Emma locate Luke. I felt that person was a bit contrived. His integrity was in question too in my mind. His thinking about Emma was kind of concerning to me. I wonder if he will be more developed in a future book and that is why he was introduced here.

Overall it is a great read that I would recommend highly. Unputdownable for sure!

If you love a good mystery/thriller, definitely check this one out.